The manufacturing sector in any country can rightly be deemed as the backbone of its economy, leveraging its resources for maximum economic boost, which then makes way for competitive trade and business to take place – locally, nationally as well as globally. India too has, emerged as one of the high growth sectors in the manufacturing space, a fact evidenced in an increase of no less than 7.9 percent in Gross Value Added (GVA) at basic constant prices year-on-year as of 2016-17.

What’s more, the Make in India project helmed by the Government of India under the leadership of Prime Minister Narendra Modi, is all set to maximize the country’s demographic and geographic advantages to build India into a manufacturing and technological hub (particularly in the electronics sector), marking its commercial territory on the world map by the end of 2020. On a statistical level, the GDP share of the manufacturing sector is expected to surge to 25 percent by 2022, up from the current 16 percent, along with 100 million jobs by 2022. 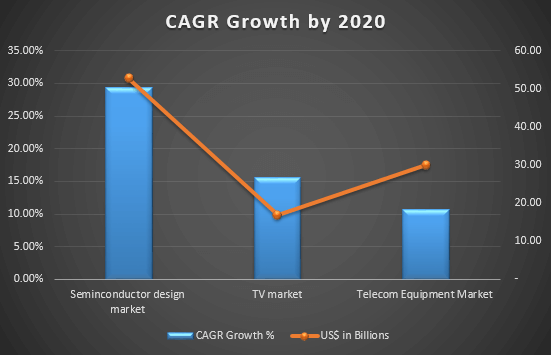 Figure 1: A brief overview of the projected growth in the electronics manufacturing segment

Despite these figures, the ground reality of this sector is steeped in much chaos and an apparent under-utilization of resources even as other factors suppress growth in this segment. From inadequate road and energy infrastructure to bureaucracy to regulatory blockades, this industry has had to tackle too many obstructions to report any consistent, steady growth; with one of the biggest menace being the complicated, haranguing tax structure. And while not all of them can be tackled with a one-solution-many-pronged approach, the implementation of GST does promise some concrete relief to stakeholders by doing away with some of the impediments, which is predictably expected to spill over to other connected industries/sectors as well.

So let us walk through nitty-gritties of what GST has to offer to the manufacturing industry.

Advantages – Impact of GST on Manufacturers

Apart from aforementioned advantages being some of the striking results of the GST, a few others are also expected to make their impact felt. For example, compliance with GST’s anti-profiteering clause (that mandates businesses pass on benefits derived from tax reduction/input tax credit availability to end consumers) would ensure manufacturers operate on the right side of law, while keeping customer interests in mind. This paves the way for the government as well as the manufacturing sector to work in harmony for a common good than functioning from a perspective of us-versus-them.

With introduction of the electronic mode of filing forms, manual paperwork would be considerably reduced; going electronic shall also ensure bureaucratic laches at multiple filing stages is also done away with.

And last, but not the least, with the unification of taxes brought about under the GST, classification of disputes under excessive calculation heads of the erstwhile tax regime is expected to be significantly minimized, thus, clamping down on the volume of tax litigation currently plaguing the tax administration as well as the courts.

Disadvantages – Impact of GST on Manufacturers

Not all is hunky-dory though; there are a few concerns surrounding this newly developed tax mechanism, some of them being:-

The disadvantages, though not too many, are crucial when perceived in the larger scheme of things and can go a long way in providing a boost to manufacturers, if worked on/rectified. The inevitable consequences of GST cannot be wished away, as manufacturers realize they will have to put up with some inconvenience for a while now.

However, the government may re-consider lifting the limitation as regards availing of CENVAT credit – on goods purchased from registered dealers alone (while in case of unregistered first payment of Tax is mandatory). This will act in significantly reducing the burden on manufacturing units. However, purchase of worth Rs. 5000/- per day from unregistered person is still allowed without any tax compliance but still it’s too less for big companies. More deliberation is required on bringing power and electricity under GST, which, if eventually sanctioned, would aid in bringing down operational costs for businesses in a dramatic way. As of now though, manufacturers have a lot to be relieved about, as they see less hassle, and more structure in the management of their businesses.

India already figures as one of the powerhouses listed under the “Mighty Five” as per the Global Manufacturing Competitiveness Index published by Deloitte Touch and the Council on Global Competitiveness. With factors like cheap labour, a burgeoning demographic profile and economic expansion, the country is all set to take on rival neighbour China that continues to spell an aggressive boom in the manufacturing space. If GST indeed delivers the results expected of it, undeniably, India will soon get on the road to becoming an unstoppable force in this arena and many others.