Similar in nature, is the recent fuzziness around GSTR-3B meaning, filing and the fines reflecting at the GST portal.

The due date for GSTR-3B is 20th of each month for the preceding month.

The system fetches data from GSTR-3B on the submission data and the data gets locked. No amendments of any sort can now be made until any notification is made by Government.

The late fees for GSTR 3B applies in the following cases: 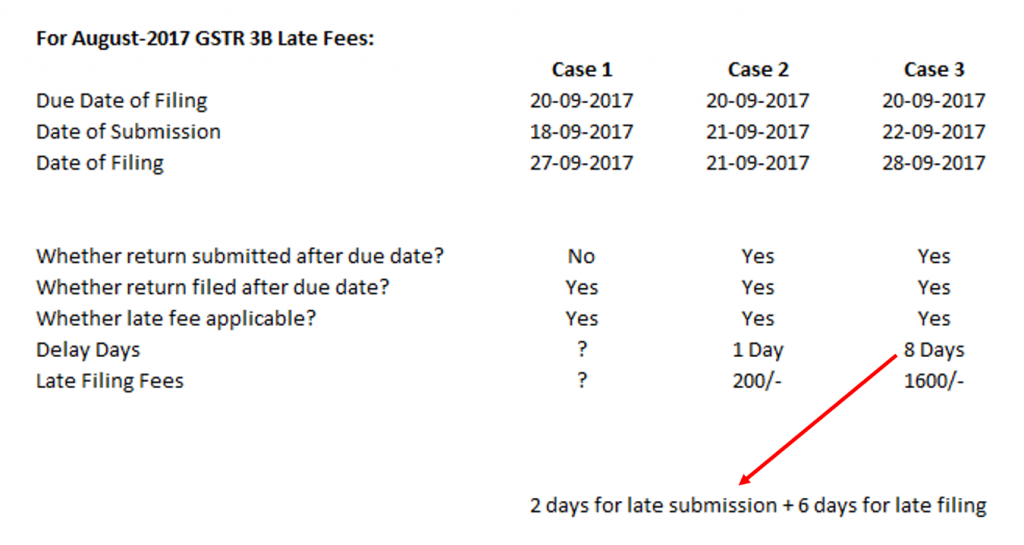 There are primarily two sorts of GST 3B late fees 2022:

The GST provisions suggest that ‘returns submitted and filed after due date are exposed to a late filing fee, which is computed from the due date of return filing to the actual date of filing.

However, there is still some muddle around on the returns submitted before the due date but filed after the due date.

As a generic thumb rule, any late fines on returns should be applicable at the time of filing that return and should not be carried forward to avoid any complexities thereafter.