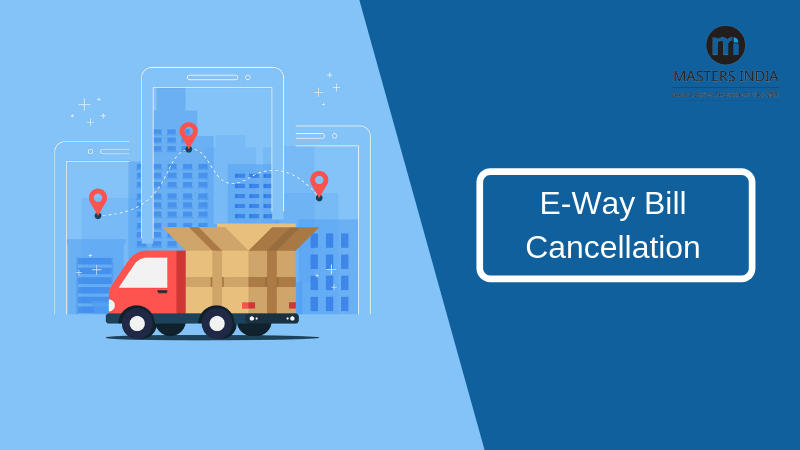 What is an Eway Bill?

Electronic Way Bill (E-way Bill) is basically a compliance mechanism wherein by way of a digital platform (e.g., www.ewaybill.nic.in) and esic login the person causing the movement of goods uploads the relevant information before the commencement of movement of goods took place and generates e-way bill on the GST portal. You can also check the port code list and make a bill.

That means if the consignment value is less than Rs. 50,000 then also persons causing movement of goods need to file E-way Bill:

1) Goods sent by the Principal to the job worker located in another state.

Where the eway bill has been generated for a movement of goods, however, goods are either not transported or are not transported as per the details furnished in the eway bill, the eway bill may be cancelled electronically on the common portal. The cancellation of the e way bill can be done either directly or through a facilitation centre notified by the commissioner. Generally, the cancellation can be done within 24 hours of the generation of the e way bill. It is to be noted that an E way bill cannot be cancelled if it has been verified in transit in accordance with the provisions mentioned under Rule 138B CGST Rules 2017.

As per the provisions applicable to E-way bill generation, the Consigner can also cancel E-Way Bill within 24 hours from its generation after completion of 24 hours period the recipient of the consignment on the request of the consignor can cancel the E-Way Bill within 72 hours of its generation. There is no such provision related to the cancellation of the E-Way bill after 10 days however as per rule 138(10) of CGST Rules, 2017

As per the latest CBIC notification dated 22/12/2020, CBIC has increased the distance per day in case of goods transported through vehicles, other than the over-dimensional cargo, for determining the validity, as follows:

There are two parts of Form GST number search EWB-01, which are Part – A and Part – B. There is no such provision that provides the base for the modification of Part–A of an e Way Bill in case of a mistake or incorrect data. Modification can only be done of such eWay Bill, that the one has to cancel and re-generate the new eWayBill in place of that. However, the consignor or the recipient, who has furnished the information in Part – A of the Form GST EWB-01, may assign the e-way bill number to another registered or enrolled transporter who can update only Part – B of Form GST EWB-01 for further movement of goods.

After the e-way bill has been generated by different consignors and where multiple consignments are transported in one conveyance, the transporter may generate a consolidated e-way bill in Form GST EWB-02 by indicating the serial number of all e-way bills on the common portal by using GST calculator, before the movement of goods by the transporter. The transporter can update Part-B of such E-Way bill or can assign it to another transporter where the case of transhipment of goods arises.

No person shall be allowed to furnish information in Part -A of Form GST EWB -01, where a taxpayer fails to file GSTR-3B for two or more months. In case of a person paying tax under section 10, fails to file GSTR-4 for two consecutive tax periods, the same has been changed to include the quarterly return filers also.

It is clarified that if any GSTIN of any consignor has been blocked due to non-filing of GST returns cannot generate an e-way bill. However, a blocked GSTIN of a recipient or a transporter can get a generated e-way bill.

CBIC gave some relaxation to the taxpayer that from 1st May 2021 to 18th August 2021, the taxpayers will not face blocking of e-way bills for non-filing of GSTR-1 or GSTR-3B (two months or more for monthly filer and one quarter or more for Quarterly Return Filing and Monthly Payment of Taxes QRMP taxpayers) for March 2021 to May 2021.

The time limit for the cancellation of an e Way Bill rests on 2 points, where the first point is 24 hours and the second point is before 72 hours. Hence, to avoid cancellation of an e-Way Bill you can use Masters India E way Bill software that integrates all the leading ERPs. This ewaybill software ensures that there is no mistake or error in the e-Way Bill as it can be generated through a single click. Therefore, take care of all your e-Way Compliance needs.

No. You cannot modify an E-Way Bill after you generate it. However, you can update the vehicle details until the E-Way Bills are valid. Furthermore, the supplier can cancel the E-Way Bill within 24 hours.

How do I update my item on e Way Bill?

You can only update your transportation details in Part b after generating an E-Way Bill. To do this, log in to your account. Next, select "Update Part B/Vehicle" from the E-Way Bill dropdown list. Under the "Show EWB by" area, choose the appropriate option and input the EWB number below. Click on GO. Next, enter the needed details and click on SUBMIT.

How do I fix error in e Way Bill?

The E-Way Bill generated cannot be deleted or edited. As a result, the only alternative for an inaccurate E-Way Bill is to cancel it and issue a new one with the correct information.

What to do if e-way Bill validity expired?

Do not move the goods if the e-way bill's validity expires. In such cases, the transporter can extend the validity time in the event of "extraordinary nature and trans-shipment" by amending the reason for the extension and the information in PART-B of FORM GST EWB-01.

GST API
Use GST API to build your own GST compliance application.
Check out other Similar Posts