As expected, the council has decided to extend the levy of compensation cess beyond June 2022. The other recommendations of the 42 GST Council Meeting are:

Furthermore, to council has taken a stand to:

The council will meet again on 12 October 2020 for a brief discussion on the options available to meet the compensation gap. The options presented to the states in the 41st GST council meeting are modified based on the inputs received from various states. These suggested changes include: 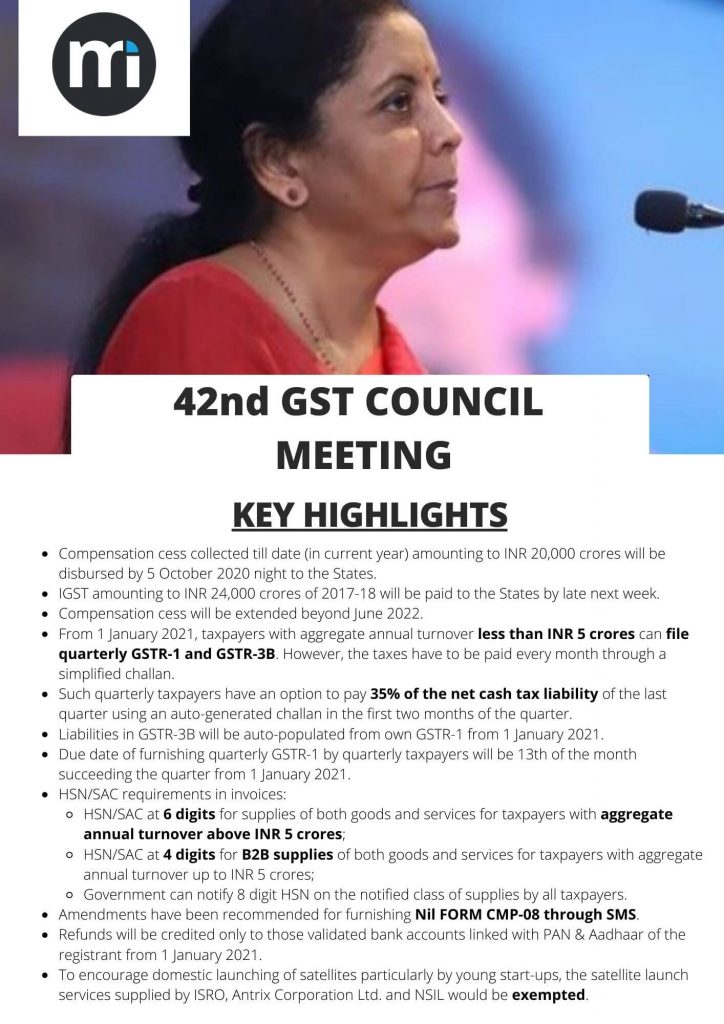 This council meeting may bring closure to the discussions between the opposing states and centre on the option most suitable to all, to compensate the GST shortfall. As per sources, 21 states have already opted for Option 1. The opposing states may demand an alternative mechanism to meet the shortfall. None of the states have opted for option 2 yet.