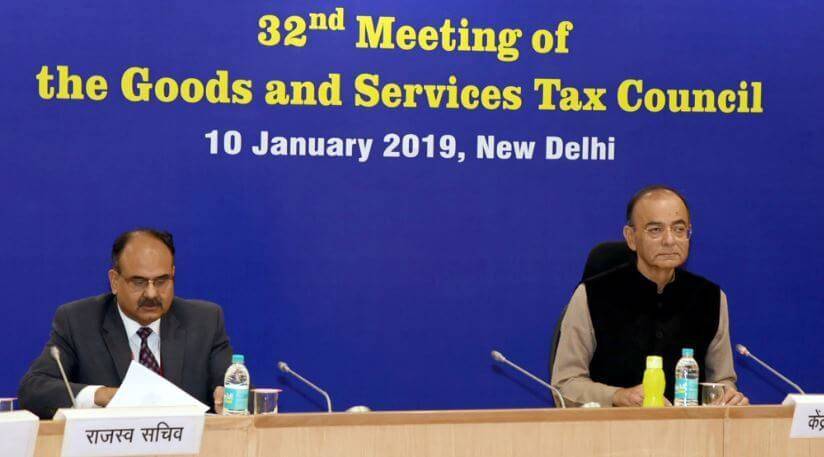 The 32nd GST Council Meeting was held today on 10th January, 2019 in New Delhi. This meeting was chaired by the Finance Minister of India, Arun Jaitley. Many decisions favorable to businesses were taken in the meeting. However, the key highlight of the meeting was increment in the tax exemption limit for businesses.

Arun Jaitley was quoted as saying, "The states will have the discretion to opt up or opt down the exemption limit. They will have to inform the Secretariat within a week if they wish changes in their exemption limit”.

The panel also decided to allow Kerala to impose a cess so as to cope with the losses it faced due to the natural calamities last year. Crores worth of property was left damaged last year as the state saw one of its worst floods in years. By permitting a levy of cess to Kerala, the damage can be repaired to a great extent. Jaitley pointed out that such a provision exists in the GST Act for helping any state to cope with natural calamities by imposing cess on supplies. The Council has permitted a cess rate of 1% which Kerala can levy on intra-state sale of goods and services for not more than two years.

The GST Council had cut down slab rates of goods and services in its 31st Meeting on December 22nd, 2018, leaving only luxury and sin items in its highest (28%) slab rate of tax.

However, a revision of GST rates is yet to reach a consensus within the GST Council regarding the real estate sector. Currently, the properties for which completion certificate is not issued at the time of sale are levied at a GST rate of 12%. If completion certificate is issued for real estate at the time of sale, GST is not levied on its buyers.

Issues related to tax uniformity on lottery have also not yet been sorted. Two panels of ministers have been formed to look closer into these matters before being taken up by the GST Council again.

"A seven-member GoM has been formed to look into the GST on real estate. Another GoM with representation from lottery developing and selling states will be formed for uniformity of taxation on lottery or other issues arising out of lottery. These ministerial panels will give their recommendations in the next meeting”, Arun Jaitley said while addressing the press.

The decisions taken in the 32nd GST Council Meeting will be implemented from the beginning of Financial Year 2019, i.e. 1st April 2019.