GSTR 10: Format, Filing and Due Date

Know All About GSTR 10 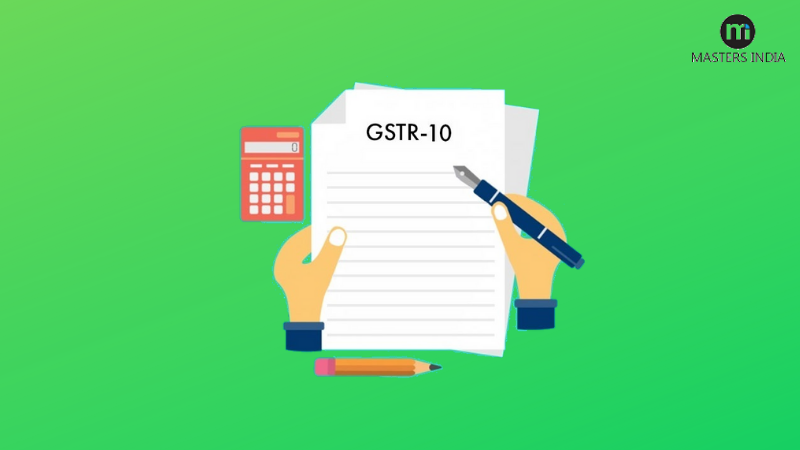 This article includes all the questions regarding GSTR10 or final return, which may come in the mind of a taxpayer. Such as

What is the difference between Annual return and Final return? Is the most basic question that arises in the mind of the taxpayer. So, to sort out this dilemma you can check the basic difference below

Annual Return – or Form GSTR-9 is to be furnished by all the normal taxpayer under GST and it has to be filed once a year.

Final Return – or Form GSTR-10 is to be filed by all persons whose registration under GST has been cancelled or surrendered and it is a one-time process.

Who Should File GSTR 10?

Any person whose registration under GST has been cancelled or surrendered shall file GSTR 10 on the common portal. A normal taxpayer shall not file a final return.

What is the Penalty for not Filing GSTR 10?

If a taxpayer fails to file final GST return, then notice for not GSTR10 filing the GSTR-10 final return due date will be sent to that taxpayer.

Later, the taxpayer would be provided 15 days notice-period for GSTR10 filing the return with all the required documents.

If the taxpayer fails to file the GSTR-10 return within the notice period, then the tax officer would issue the final order of cancellation along with the amount of GST tax payable including interest or GSTR-10 penalty.

Hence, to avoid unnecessary litigation or liabilities, it is important for all taxpayers to file GSTR-10 return within 3 months. 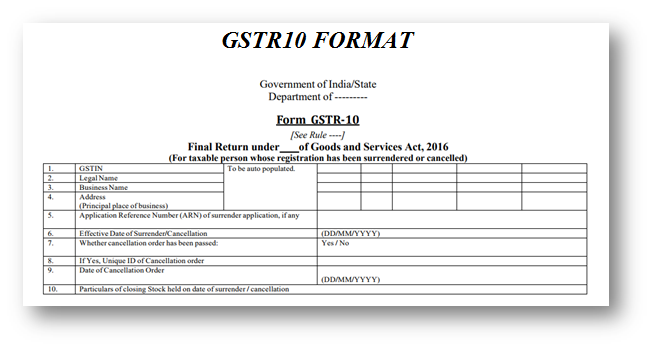 GSTR-10, being a final return, has significant number of fields which are auto-filled, while the rest are to be furnished.

After furnishing all the details in the various column of the GSTR-10, a taxpayer has to authenticate the document by electronically signing it. Where verification of such document can be done either by using a DSC or an AADHAR based verification system.

The person shall file the GSTR10 on time to avoid the liabilities or litigation that he may face for not filing the GSTR10. Further, all the details in the GSTR10 form shall be furnished carefully to avoid the consequence as mentioned under the GST Act.