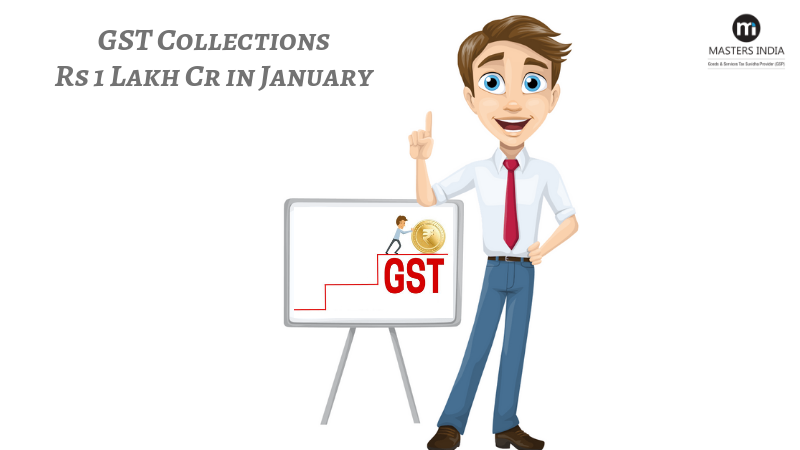 In the month of October 2018 the GST collection was above the 1 Lakh Cr. Mark and " after a gap of 2 months, GST collections in January crossed Rs 1 lakh Cr.-mark," the Finance Ministry said on Thursday.

"The total gross GST collected revenue in the month of January 2019, has surpassed 1 Lakh Cr. INR mark. This has been a significant improvement over a collection of 94,725 Cr. INR during last month and 89,825 Cr. INR during the same month last year," the Ministry tweeted,

This is the 3rd time in current fiscal that Goods and Services Tax collections have exceeded the 1 Lakh Cr. INR. Previously, in April and October, the collections had outreached this milestone.

The Ministry further stated that this increase has been achieved regardless of various Tax Relief measures implemented to lower the tax burden on the consumers by the GST Council.

"Particularly after some dip in the last month, it comes as a welcome relief for the government. This again underlines that collections are increasing constantly as compliances are getting simplified, rates are getting reduced and administration is getting sharper. It's clear that total collection for the whole year would be considerably lower than what was budgeted," PwC India Partner & Leader, Indirect Tax, Pratik Jain said.

"These numbers indicate that reductions in the GST rates result in increased revenues and easy compliances - we are getting closer to the targeted GST collections for the fiscal," Deloitte India Senior Director M S Mani said.

Generally, GST collection data for a month is released on the 1st day of the subsequent month. However, for the January month, full details of the GST collected will be released on 2nd February.

GST API
Use GST API to build your own GST compliance application.
Check out other Similar Posts