To file GST RET-1 the taxpayer has to fill annexure 1 and 2, and they are GST ANX-1 and GST ANX-2. We will discuss the same in this article.

This article discusses the following in detail: 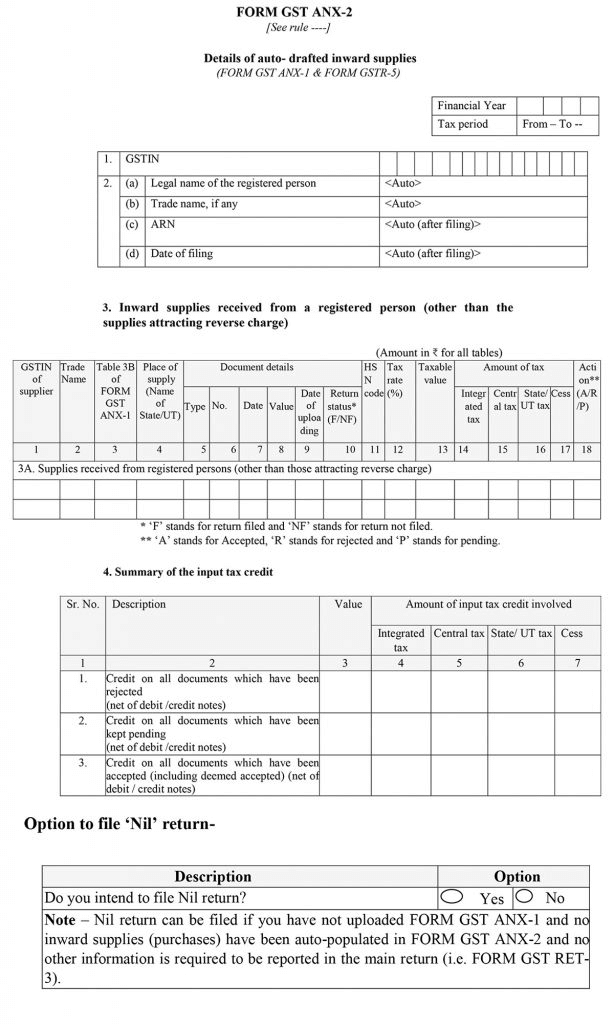 This will contain all the basic details about the taxpayer such as legal name of the registered person, trade name if any, ARN and date of filing. All the fields in this column will get auto-populated on the basis of GSTIN.

3. Purchases from a registered person, imports and supplies received from SEZ on BOE: The different tables under section 3 of GST ANX-2 Form are-

This table will contain the consolidated information regarding ITC for the period of filing that depends upon the action of the recipient of the document received from GST ANX-1 Form:

For more details regarding GST ANX-2 form, you can get the help of site:www.mastersindia.co. Here, you can find complete solution regaring GST return forms.