How Does Exchange Rate Fluctuation Arise?

For some business entities, the functional currency is not the same as the GST currency (based on the accounting standards). In such instances, the entities will record their GST on foreign currency transactions india in the functional currency and prepare their financial statements based on the presentation currency and GST for foreign exchange. This can lead to exchange rate fluctuations, between the exchange rates used to file monthly/quarterly GST returns, i.e., GSTR-1, GSTR-3B, and the Annual financial statements/returns. This can also be foreign exchange gain under GST. Example: An entity has USD as its functional currency, and the presentation currency is INR.

How Is Foreign Exchange Rate Fluctuation Treated In GST?

Taxpayers do not have to pay GST on exchange rate difference any gain that arises from foreign exchange rate fluctuations. Difference between the turnover reported in the audited annual financial statements and the annual return (due to GST on foreign exchange fluctuation gain) should be declared as a reconciling item in the Form GSTR-9C. As seen in the above example, the total turnover disclosed in monthly GST returns sums up to INR 1,078,540. However, the financial statements display a total turnover of INR 1,073,520. This mismatch of INR 5,020 can be presented as a reconciling item while filing the Form GSTR-9C. (Circled in red below) GSTR-9C Part-A: Reconciliation Statement Format 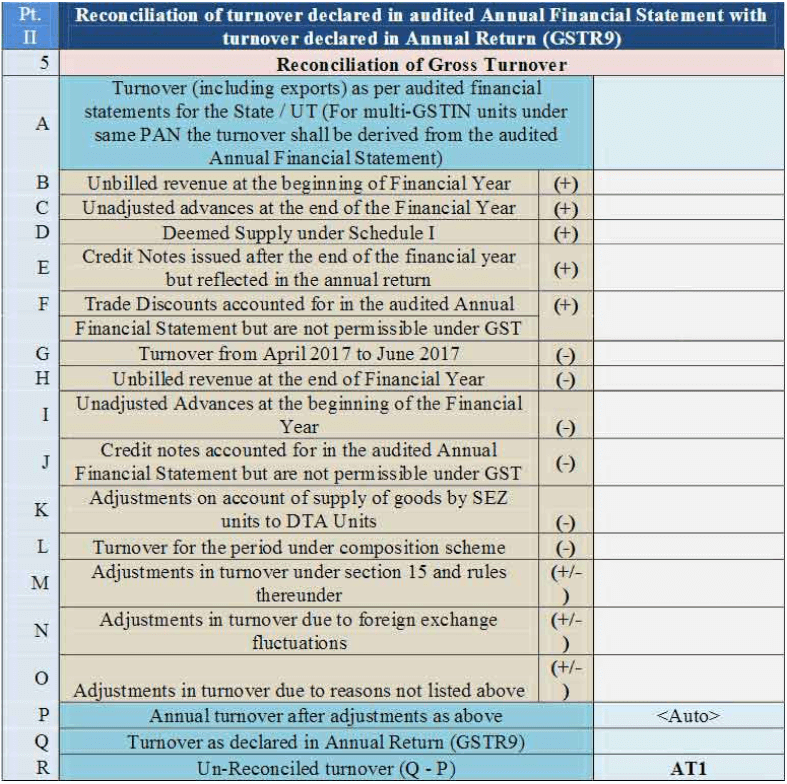 Similarly, there can be instances where there are differences in the expenses and related Input Tax Credit (ITC) because of the GST foreign exchange rate fluctuations. These can be presented under ‘Reasons for unreconciled difference in ITC’ in the GSTR-9C. (Refer screenshot below)