Difference Between Direct and Indirect Taxes in India

Types of Taxes in India

The tax structure is broadly sub-categorized into two categories that are: Direct and Indirect Taxes. So how we can find the difference between direct tax and indirect tax class 12 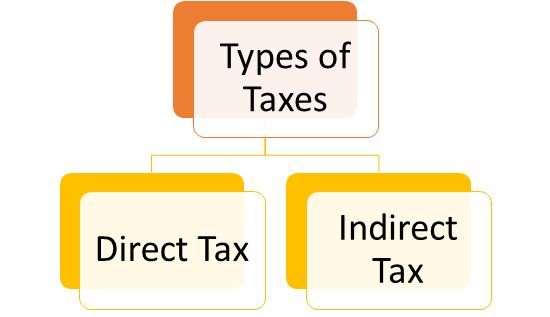 What Is Direct Tax?

Direct taxes are those taxes that are directly collected from and paid by the same person. The tax is charged and borne by the same person. These taxes are solely dependent on the income and wealth of a taxpayer. In India, the CBDT (Central Board of Direct Taxes), governed by the Department of Revenue, is responsible for the administration of direct taxes and is also involved in planning and providing inputs to the government regarding the implementation of direct taxes.

Types of Direct Taxes in India 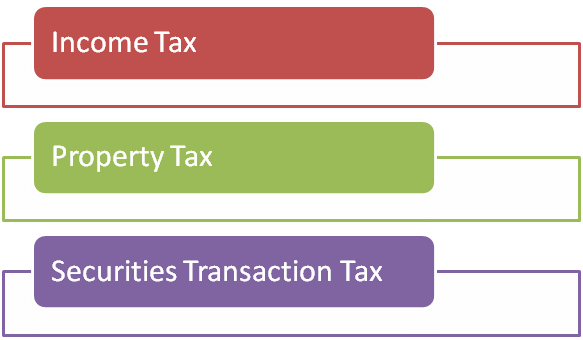 Direct taxes are of the following types:

Income Tax: This tax is imposed and collected by the Central government on the income of a taxable person. It is governed and administered by the Income Tax Act. The Income-tax slabs have been made relying on the various levels of income and groups of taxpayers. The categories of “persons” as mentioned under the Income Tax Act are:

●      Individual -Taxable as per Slab rates introduced for each Assessment Year

●      Artificial juridical persons-Taxable at a flat rate of 30%

Property Tax: Property tax is the amount that is paid as tax by the landowner to the municipal corporation or the local government for his area. This tax is obligatory. Property, office buildings, and residential homes that are used for self accommodation or rented out to third parties are considered real estate assets and are liable to Property Tax.

What Is Indirect Tax?

Types of Indirect Taxes in India

The major indirect tax structure in India includes: Goods and Services Tax: The GST law came into force on 1st July 2017 and subsumed various indirect taxes on Central and State levels. It is levied on supply of goods and /or services or both.

The tax collection depends on the nature of taxes. Direct taxes are the Income-tax, Property tax, etc. They are collected and imposed generally by the Central government. The levy and administration of the Income-tax are governed by the Income Tax Act. On the contrary, Goods and Services Tax is imposed and collected by the Central Government and State or Union Territory government, or both. The GST Council, chaired by the Union Finance Minister along with the state Finance ministers makes modifications and decisions related to the GST rates, rules, and regulations. Next, we'll distinguish between direct and indirect tax and difference between direct and indirect tax with examples.

Difference between Direct and Indirect Taxes