Step 3: After the Taxpayer clicks on ‘YES, NAVIGATE TO MY PROFILE’’, he/she will be navigated to the ‘My Profile’ page. Here, a new tab called ‘Aadhaar Authentication Status’ has been enabled. By clicking on this tab, the Taxpayer can ‘UPLOAD E-KYC DOCUMENTS’.

Step 4: The color of the tab will change from blue to green, and the details of both the Promoter/ Partner and Primary Authorized Signatory will be displayed. 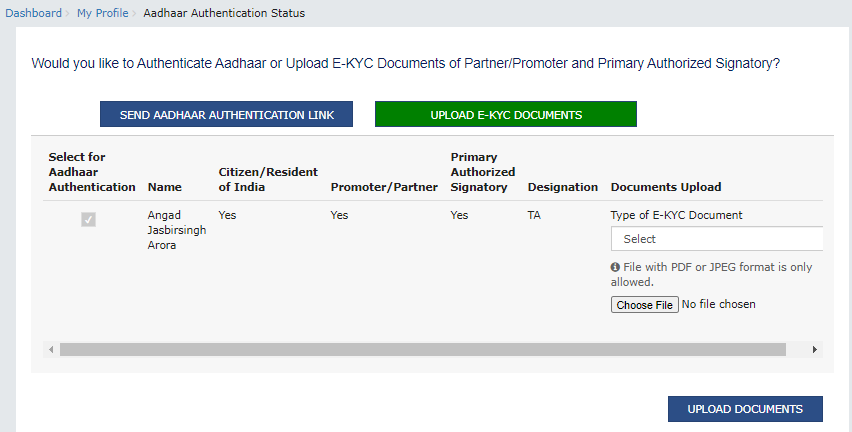 Here, select the ‘Type of E-KYC Document’ from the drop-down list. The options available are:

Furthermore, we'll also provide information on how to update eKYC in GST portal and e KYC documents for GST registration in the next paragraph.

Note: JPG and PDF file formats are only accepted.

Step 6: Once the upload is completed, a confirmation message is displayed. Click on ‘OK’.