Frauds involving fake GST invoices are on the rise. These are primarily carried out by non-existent taxpayers that set up a network of firms to steal Input Tax Credit (ITC). Although these cases may not have too many short-term effects on the economy, the long term effects are unknown and unimaginable. While the Government is already facing low revenue collections due to the pandemic, the increasing number of frauds are making matters worse. Awareness of such nefarious activity is essential as it can lead to tax evasion and bank loan frauds.

In this article, we will help you understand:

What Is A Fake GST Invoice?

A GSTIN is a unique 15 digit code that is assigned to a taxpayer by the Government. This is usually valid statewide and is connected to the PAN of the taxpayer. This number has a particular structure:

Any change in the structure of the GSTIN would mean that the GSTIN is incorrect, and the invoice can also be fake.

However, there have been cases where the GSTIN mentioned on the invoice is in the correct format, but it does not belong to the enterprise issuing the invoice. To confirm this, it is necessary to validate the details associated with the GSTIN.

How To Identify A Fake GSTIN?

If a user has doubts about the GSTIN’s validity, he/she can use the following sources to confirm the same.

The validity of a GSTIN can be verified on the Government portal as well. All you need to do is, click on ‘Search Taxpayer’ and then ‘Search by GSTIN/UIN’.

Here, you can add the relevant GSTIN, Captcha and hit on ‘Search’. 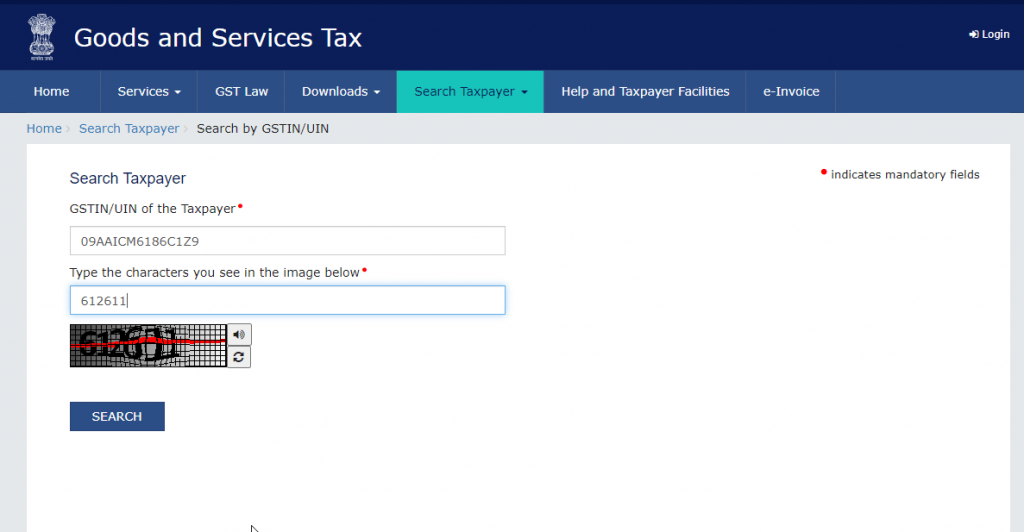 Once you have entered the GSTIN, you will get one of the following results:

Note: The GSTIN is valid even if you get a message stating ‘Active Pending Verification’.

How To Confirm The GST Rate Charged?

Some vendors charge the wrong rate of GST for naive customers. In this case, users can opt to check the correctness of the rate charged.

All you have to do is visit the Government portal/Masters India’s HSN Code Search Tool, search for the product by its name or HSN code through the search bar and view your results.

Note: Different product names may have different tax rates based on their description. Hence, you need to ensure that when you search for a product based on its name, the HSN code displayed on the portal matches the code entered in the invoice.